UN Ambassador for the Convention on Migratory Species Sacha Dench – known as the human swan – touched down in Scotland as part of her Round Britain Climate Challenge to raise awareness of the effects of climate change… and shine a light on the innovators working to solve the crisis.

Flying in on an electric paramotor, Sacha flew over local landmark “the Kelpies” before landing nearby and visiting Celtic Renewables, where she met with Professor Martin Tangney OBE, Founder of Celtic Renewables, company CEO Mark Simmers and company MD John Stevenson.

In June, Sacha began her world record expedition from the host city of COP26, Glasgow. Since then, she has flown across Britain stopping off to interview people involved in addressing the effects of climate change. The UN ambassador toured the Celtic Renewables plant – which will be the first biorefinery in the country – and learned first-hand how Celtic Renewables patented low-carbon technology converts unwanted and low-value biological materials, such as by-products from whisky distilling, into high-value, low carbon chemicals which can replace petrochemicals currently used in the multitude of products we use every day from cleaning materials to food production.

“I am delighted to be back in Scotland and visiting the beautiful capital and surrounds. I am looking forward to meeting people who are truly focused on answers to the climate crisis – not problems - and as such are inspirations to all. We’re trying to answer the question “We drove the Industrial Revolution; can we drive the Green Revolution too?”. As part of this expedition, we have been investigating how climate change is affecting different regions of the country and showing in a visually stunning and exciting way what is happing to help cut carbon and preserve and restore our environment.” 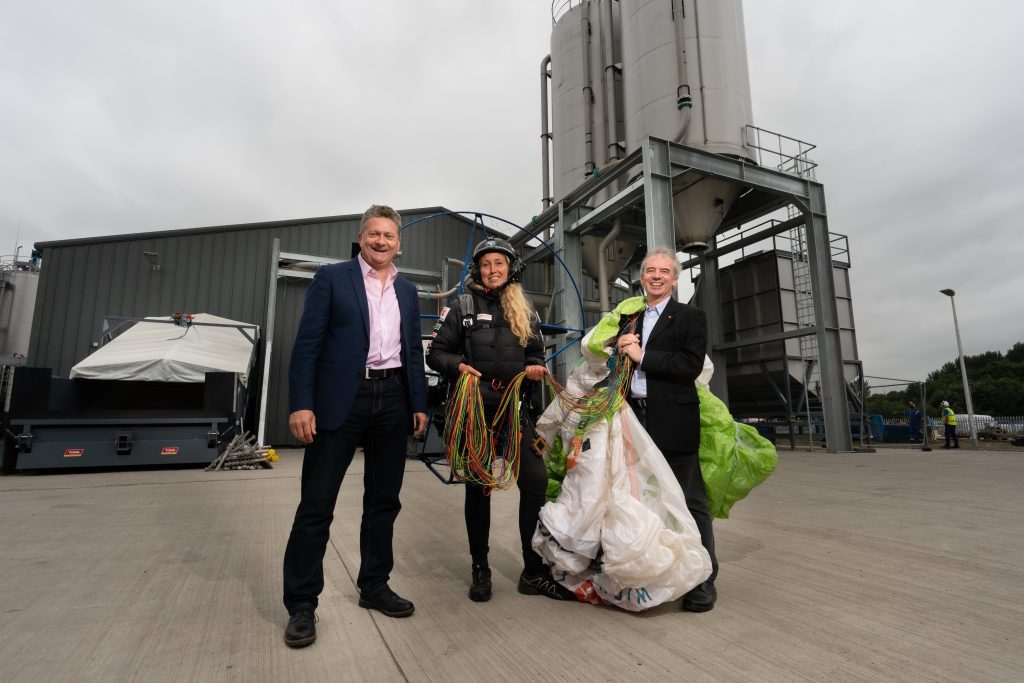 “We are thrilled to host Sacha here at Celtic Renewables as part of this ambitious round Britain Climate Challenge. In our view, COP26 must move us from justifying "why" we need to tackle climate change, to determining "how", and Sacha's expedition shining a spotlight on the people and initiatives helping us achieve Net Zero, is helping set this direction of travel. Celtic Renewables firmly believe we are part of the Net Zero future, and in bringing our first plant into operation we will show that low-carbon biotechnology can be both commercially sustainable and environmentally sustainable. Celtic Renewables is part of a global bio-based economy, and our patented technology can and will play an important role in achieving Net Zero across the world.”

Celtic Renewables also plays a prominent role in a wider low carbon campaign in the Forth Valley area and hosted a number of other sustainability champions at the plant to meet with Sacha during her visit to the area.

“We are honoured that Sacha will take in the view of our world-famous Kelpies as part of her round Britain climate challenge. Falkirk Council is committed to working towards Net Zero by 2030 and is a key partner in the recently launched Forth Valley for Net Zero campaign, an initiative which brings public and private sectors together and will highlight all the great initiatives by businesses, educational establishments, and our local communities to help us achieve this target.”

It is hoped that Sacha will be successful in achieving a Guinness World Record for the greatest distance flown by electric paramotor in a 30-day period.