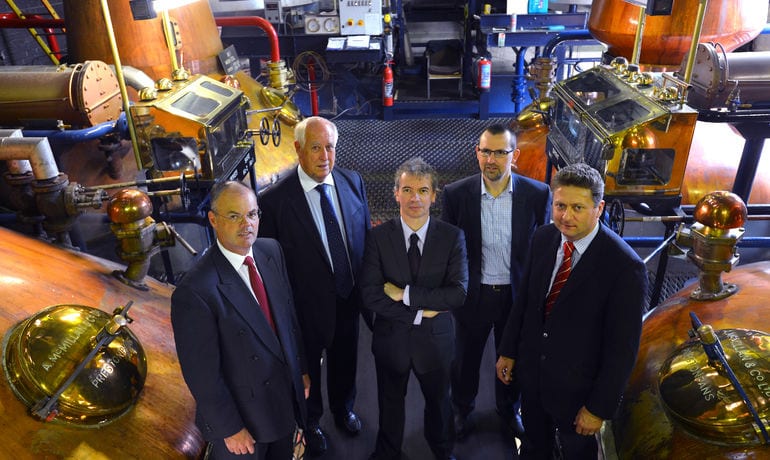 Tullibardine is to become the first whisky distillery in the world to have its by-products converted into advanced biofuel, capable of powering vehicles fuelled by petrol or diesel.

The independent malt whisky producer in Blackford, Perthshire has signed a memorandum of understanding with Celtic Renewables Ltd, an Edinburgh-based company which has developed the technology to produce biobutanol from the by-products of whisky production.

Tullibardine has the capacity to provide 6,500 tonnes of draff and 2 million of litres of pot ale, the by-products of whisky which are currently spread on agricultural fields, turned into animal feed or safely discharged into the sea under license, all at significant cost.

The distillery is currently supplying raw materials to help refine the conversion process at the Centre for Process Innovation (CPI) at Redcar, in Teesside.

Celtic Renewables, a spin-out company from the Biofuel Research Centre (BfRC) at Edinburgh Napier University, aims to build a processing plant in Scotland that will help grow a projected £60million-a-year industry.

The project has the support of ministers who believe it can contribute to the Scottish Government’s target of reducing carbon emissions by 42% by 2020 as well as contributing to the EU mandated biofuel target of 10% by 2020.

Douglas Ross, the managing director of Tullibardine, which spends £250,000 disposing of its by-products every year, said: “We are delighted to be partnering Celtic Renewables in this innovative venture, the obvious benefits of which are environmental. It takes a cost to us and turns it into something that has social as well as commercial value.”

The pilot demonstration project, a first for Scotland, is being funded with the help of a £155,000 grant from Zero Waste Scotland.

“As well as having clear environmental benefits, this project has the potential to lead the way in realising cost savings across Scotland’s whisky industry, unlocking hidden value and helping to boost the economy.”

Professor Martin Tangney, director of the BfRC who is the company’s founder and chief scientific officer, said: “Our partnership with Tullibardine is an important step in the development of a business which combines two iconic Scottish industries – whisky and renewables.

“This project demonstrates that innovative use of existing technologies can utilise resources on our doorstep to benefit both the environment and the economy.”

While the original “proof-of-concept” research, conducted at Edinburgh Napier, was at a small lab-scale of three litres of pot ale, this industrial scale second phase testing at the CPI will systematically scale up to 10,000 litres.

“By piloting the fermentation at commercial scale we will demonstrate the viability of the process as a new and important industry of potential scale for Scotland”,
says Mark Simmers, CEO of Celtic Renewables Because distilleries currently produce around three times more pot ale than draff, the company is also considering other sustainable sources of sugar-rich raw materials, such as the by-products from breweries or paper waste, to help it convert the excess into biofuel.

“If we were to use all the by-products from Scottish distilleries, it would still leave us with almost 1.5billion litres of pot ale. We could make at least the same volume of fuels again by using alternative waste or residue material such as paper and brewery by-products.”